How to replace hard drive?

It is very easy to replace hard drive whether you are using desktop or laptop computer. However, there are few essential points you should know before going into the process. First, why do you want to change hard drive? There are at least two reasons for this. You either replace hard drive because the existing drive is failed to work or need of larger space.

Saying this you should be well aware of the following and do accordingly before replacing hard drive:-

In order to clone hard disk, you will need to connect both old and new hard drive on the same computer. Almost all computers are built in so that they can accommodate at least two hard disks. But the new hard drive should be connected as a secondary drive.

If it is an IDE drive, you need to play with the jumper setting found on the hard disk. There are three jumper configurations: Master, Slave and Cable Select. The primary hard drive (system disk) is set on the Master; all other secondary drives are configured as Slave. If your computer is built in with SATA hard drive, no jumper setting is required. You only switch On and Off the SATA on the BIOS. 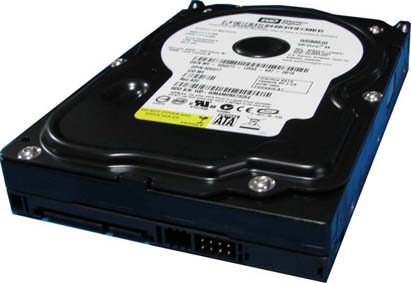 If the above notes are clear for you, you can then go and buy the right hard disk type to replace hard drive.

Step 1 - Switch off, unplug power outlet and open computer main unit case (touch the iron plate of the computer case to remove any static charge you are carrying. This prevents electrostatic discharge)

Step 2 – For IDE hard drive, set the jumper pin on slave and hook the IDE cable (that branches from the existing hard drive) and extra power cable into the new disk so that the computer recognize the new disk as a secondary drive.

But if you are replacing the existing hard drive, you can hook the new hard disk in place of the old one. For SATA hard drive, you just plug both the power and the SATA cable. Later on, you might need to arrange on the BIOS.

When we come to laptop hard drive replacement, it is easier the desktop. This is for the reasons that there is only one option to replace. You just take out the old and hook the new one.

Step 3 – Make sure all the cables are fitted properly and turn on your computer. During Power-On Self-Test (POST), check whether the computer recognized the new disk and don’t have any configuration problem. If you replaced the new hard drive in place of the old one, you will require bootable Windows CD to start from and install Windows. But if you already had cloned the old hard drive to the new one, the computer should start from the new disk.

What are going to do with the old hard drive? Three options, use it as a secondary storage device, make it USB external hard disk (using compatible case) or dispose it. But when we say dispose it, you should wipe the data completely so that no one can recover private files from the disk. Finally, you can give it to hard drive shredding companies.