If you are looking for a computer buying guide that will help you to purchase the best system unit, this article uncovers some insights to figure out the factors behind the best computer.

Generally, there are several brands and types of computers available on the market, which on the other hand give a lot of work for a user to choose the right system. This article is meant to ease that process.

So, how do you know that you are buying the best computer?

The primary step is to understand computer components that affect its performance comparing to other components.

What are the main computer parts?

Go ahead and read the tips mentioned on this computer buying guide and you surely know and determine the best system unit that meets your current need. 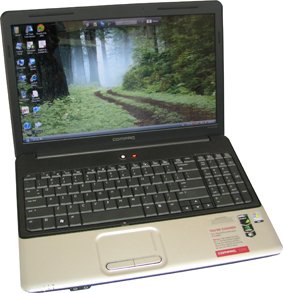 Processor – called the “brain” of a computer where all the computing tasks performed. CPU (central processing unit) Clock speed – the more the clock device sends pulses to the CPU the faster the processing. Clock speed is measured in MHZ or GHZ.

For instance, a processor with 1.5GHZ speed means the device sends 1.5million pulses per second.

In addition to the clock speed, recent processors have multiple cores which enable you to process multiple tasks at the same time.

A dual core processor (means, it has two processors) executes two sets of instructions at the same time.

A quad core processor (means, it has four processors) executes four sets of instructions at the same time.

Motherboard – it is the main circuitry board which communicates computer components. In computer system, data is transferred from one component to the other through a system bus.

The type of bus that connects a CPU with the main memory (RAM) is called FSB (Front Side Bus). It is the fastest bus in a computer.

Motherboards with high FSB speed means well performing PCs, data or instructions are delivered to the CPU quickly. The higher the FSB speed, the faster the processing time.

A Computer equipped with memory that has more capacity and better speed enables the CPU to process quickly.

When you buy computer, look for PC which has good memory size and expandability limit (means, how far it can be upgraded in the near future).

Currently, memory can be upgradable up to 8GB on personal desktop computer and upto 16GB on Laptop computers.

Cache memory – it is a high-speed memory which holds frequently used instructions by a CPU. The CPU accesses instructions very quickly from this memory than the main memory. The more cache memory sizes, the faster the processing time.

Access time means the time it is taken to retrieve data from the hard disk. Rotational speed means the speeds the platters rotate per minute (RPM) - The higher, the better. 5400RPM, 7200, and 10000RPM hard disks are the most common comes with most desktop computers.

Advanced graphics card has its own processor and memory. This will liberate the CPU from processing graphical data, which enables it to process other tasks quickly.

Look for a computer card that has its own processor and higher graphic card memory.

Check whether a system has DVD RW drive, since most modern PC comes with it.

This is a concise computer buying guide, the most part is covered. And still you may refer additional sources and research more before deciding to purchase.